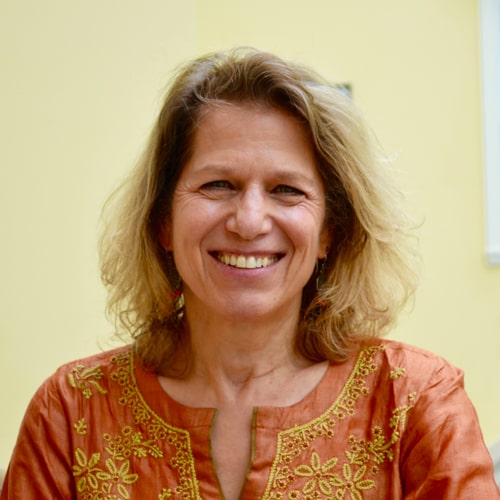 Miriam Lowi is from Montreal, Canada. She holds a B.A. in History and Economics from McGill University; her M.A. and Ph.D. in Politics are from Princeton University. Her research and teaching interests are in Middle East Politics and the Comparative Political Economy of Development. She has written extensively on conflict over scarce water in the Middle East and oil and instability in Algeria. Currently, she is writing about Islam and Politics in the Arabian Gulf oil monarchies. Her major publications include:

Water and Power: the Politics of a Scarce Resource in the Jordan River Basin, Cambridge University Press, 1993/95

Environment and Security: Discourses and Practices, MacMillan/Palgrave, 2000 (with Brian Shaw)

“Modernity on Steroids: the Promise and Perils of Climate Protection in the Arabian Peninsula” in, Paul Wapner and Hilal Elver, eds. Re-imagining Climate Change, Routledge, 2016.

In addition to her scholarship, she is Chair of the Committee on Academic Freedom (Middle East, North Africa wing) of the Middle East Studies Association of North America.