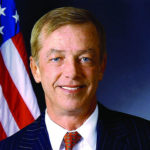 The Fox Scholars Mentorship Program at The College of New Jersey matches students with high-profile mentors in politics and public affairs who introduce them to the public sector and provide career mentorship and networking opportunities. The volunteer mentors include those from in federal, state, local government, and communications, lobbying, and political campaign agencies. Scholars meet government leaders, experience “behind-the-scenes” public sector functions, such as attend budget meetings, and engage professionally with a wide range of individuals who can help with their network building.  Scholars are selected through a competitive application process and present their experiences at a panel discussion at the conclusion of their mentorship. ​The Fox Scholars receive a stipend.

The Scholars Program is an initiative of the James P. Fox Memorial Fund, which was founded in 2017 to create a living legacy to honor New Jersey native Jamie Fox (October 30, 1954 – February 20, 2017), a lifelong public servant whose 40-year career generated many important policy achievements. ​In February 2018, the James P. Fox Memorial Fund announced the establishment of an academic mentoring program in partnership with The College of New Jersey. The initiative brings to life one of Jamie’s passions: mentoring young people and helping them understand what it takes to succeed in government service. The program’s goal is to provide students with real-life public-sector experience and advice through mentorship and networking opportunities, with the goal of facilitating knowledge of and access to public service employment opportunities.

Fox Scholars receive a $1,000 stipend to participate. Those with or without experience in public affairs are encouraged to apply!

Scholars are selected by The College of New Jersey’s Political Science Department in conjunction with The James P. Fox Memorial Fund.

Click here to apply to the Fox Scholars Mentorship Program.

Applications are due by November 11, 2022. Please contact Dr. Bowen with any questions.