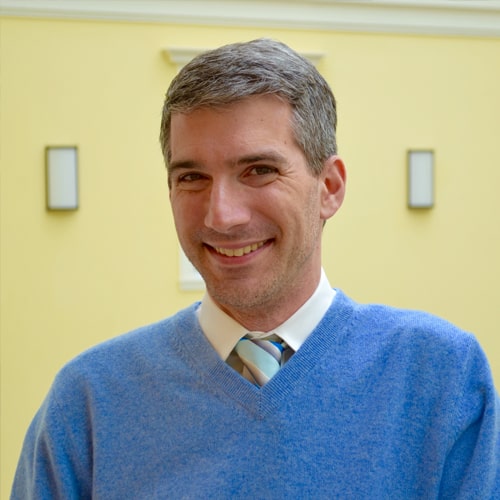 Monday and Thursday: 2:00 pm – 3:00 pm or by appointment (via Zoom or in-person): https://calendly.com/toloudin/student-meeting

Remember to have your course materials (books, notes, etc.) available when you attend office hours.

Nicholas Toloudis was born and raised in Saunderstown, Rhode Island. He earned his Bachelor’s Degree at Johns Hopkins University and his Master’s Degrees and Doctorate at Columbia University. Prior to arriving at The College of New Jersey in the fall of 2012, he held visiting positions at Bowdoin College, Mount Holyoke College, and Rutgers University. While a graduate student, he spent two years teaching in Columbia University’s Core Curriculum.

At TCNJ, he teaches a variety of courses in international relations, comparative politics, and European politics, with particular interests in political economy, welfare states, social policy, popular protest, and state formation in Europe and the United States. He has taught tutorial and seminar courses on the themes of welfare states, financial crises, political parties and party systems, and the European Union. He also taught a group research seminar in the fall of 2013 that assisted him in gathering primary data for his new research project on popular protest in Europe.

His first book Teaching Marianne and Uncle Sam (Temple University Press, 2012) examines the origins of public school teachers’ unions in France and the United States. Other publications from this research trajectory include articles about the origins of French teacher unionism, the history of French teacher-training institutions, the role of teachers in the politics of the French Second Republic (1848-1851), the education politics and philosophy of Alexis de Tocqueville, and, most recently, the conflicts between teachers’ unions in New York City prior to the foundation of the United Federations of Teachers (UFT). One of his current research trajectories is an extension of this work: a historical investigation into the origins of teachers’ unions in Philadelphia.

He also does research about contemporary European politics. He has published several articles about politics in Greece, as well as a quantitative assessment of the determinants of the size of fiscal stimulus measures during the “Great Recession” of 2008-2009. An unpublished article looks at how the structure of welfare states and patterns of party system change shaped the context of fiscal stimulus measures in three countries—-Denmark, France, and the UK—during this period. He has also written an article-length comparative study of the impact of the Hungarian and Greek extreme right parties since their electoral breakthroughs in 2010 and 2012 respectively.

Funded by the Spencer Foundation, Dr. Toloudis is currently working on research for Philadelphia Reds: Communist Teachers in the City of Brotherly Love about the history of teachers’ union in Philadelphia. His next project is a book about the impact of the recent financial crisis on patterns of popular protest within the European Union.